COVID-19 UPDATE: Our showroom is now open to visitors by appointment only, and for Click & Collect. Read more... What is a Silent piano?

Yamaha launched the first Silent Piano in 1993. This enabled the pianist to silence the acoustic piano and listen to a digitally generated piano voice through headphones without compromising on feel. Advances in technology have led to improvements in sound quality, and the sampled sound of one of today’s Silent Pianos is almost indistinguishable from the real thing. Incredibly detailed samples of a piano can be captured, reproducing the finest nuances of the acoustic tone. The system itself is very simple. Sensors positioned within the keyboard and action of the piano trigger samples of the acoustic piano, while a specially positioned bar known as the ‘hammer stop rail’ prevents the hammers from hitting the strings, thus making the piano ‘Silent’.

A Yamaha Silent piano is first and foremost an acoustic piano, and when you don’t need to play it silently it can be enjoyed in the same way as an acoustic model. The Silent system is added on during the manufacturing process, it is designed to be fitted to the piano without any major alterations required and makes very little difference to the touch of the piano when played in acoustic mode. To ensure that the piano feels just as good in Silent as it does in standard acoustic mode, grand piano models have what Yamaha calls a ‘Quick Escape’ system, which allows the action components to move properly while the Silent system is engaged and in the same way as they would in standard acoustic mode. This cleverly maintains the optimum distance between the hammers and strings and reduces any wear on the action mechanism.

Yamaha offers a Silent option for every model of acoustic piano in their range, and there are currently two systems on offer. Each has two main grand piano voices including the Yamaha CFX, Yamaha’s flagship concert grand piano, and the legendary Austrian made Bösendorfer Imperial concert grand, the sounds of which are perfectly captured through the individual sampling of all 88 notes, while Virtual Resonance Modelling (VRM) recreates the distinctive reverberation and resonance of the grand piano. It cleverly calculates the various states of the strings for each of the 88 notes on the keyboard, from one instant to the next, along with the timing and depth of pedalling. VRM also calculates aliquot resonance in the upper octaves, along with the full resonance of the soundboard, rim, and frame. This technology allows for vivid, bright, richly varied expression that reflects the limitless number of factors inherent in piano performance. Yamaha has utilised advanced binaural sampling technology when capturing the sound of the CFX concert grand, using specialised microphones that capture locational information and other nuances discerned by the human ear. The resulting sound is so natural, so enveloping, that you’ll soon forget you’re even wearing headphones at all.

Silent models available using the SC2 system are as follows:

The SC2 System is the entry level specification and is offered on the b Series uprights and GB1K grand pianos. In addition to the two stunning concert grand piano voices, there are an extra 8 sounds, including electric pianos, strings, harpsichords, organs and vibraphone. SC2 also includes an onboard record facility and a metronome to assist with practicing, via a wireless LAN adaptor it is compatible with their ‘Smart Pianist’ app for iOS and Android and makes your acoustic piano a great practicing partner.

Silent models available using the SH2 system are as follows:

Fitted to every model over and above the GB1K and b Series Silent is the range topping SH2 system. This is based on the same concept as the SC2 but is more versatile. SH2 has a wider range of instrument voices, a total of 19 including layered sounds such as piano and strings. Improved connectivity includes MIDI IN and OUT, enabling the piano to be used as a controller keyboard for use with synthesizers and sequencing/notation software, while a USB audio recorder enables you to record your performances onto a USB memory stick as a CD ready audio file.

Onboard Bluetooth enables audio streaming so you can play along with your favourite songs, along with wireless connectivity to your iOS/Android device. Grand pianos fitted with the SH2 Silent system have an improved sensor system over the GB1K SC2, with hammer sensors positioned on each hammer shank to detect slow keystrokes and repetition. 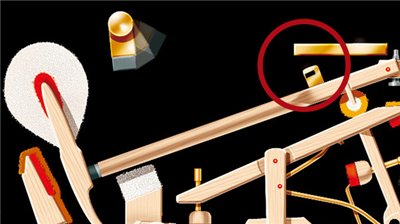