Making a grand piano: 3. The keyboard The same Sitka spruce used in the making of the piano soundboard is used to make the keys, pieces which are glued together under tension before the keyboard shape, including the sharps, is cut from one single piece of wood. The keys are finished to their final shape, the holes cut into the wood underneath are lined with a red felt bushing so that they fit over a small metal pin which keeps the keys in place.

If the keys are fitted too tightly, they will not move properly, and if they are fitted too weakly, they will rattle and movement will be jerky, so the keys are adjusted so that they fall slowly when they are lifted and released. Synthetic ivory is glued to the naturals, while a special wood composite is used for the sharps. Yellow leather back-checks are installed on short wires at the backs of the keys in order to catch the tails of the hammers after they have struck the strings. 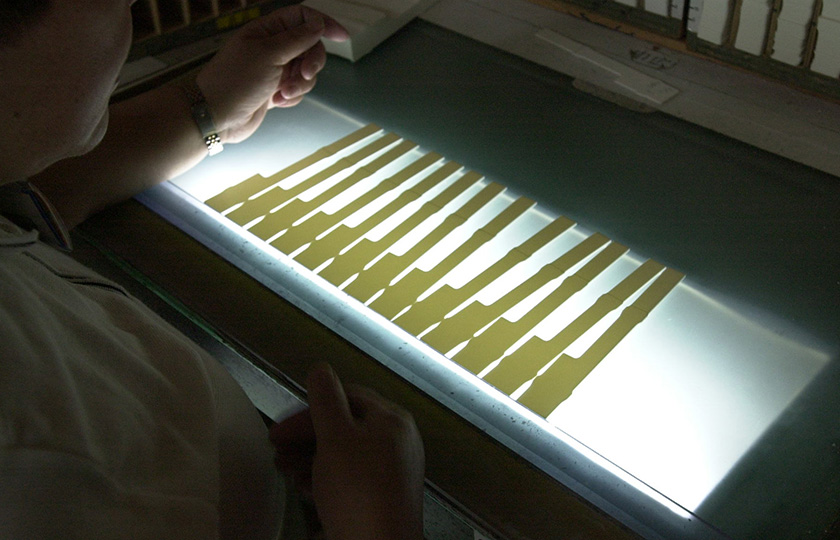 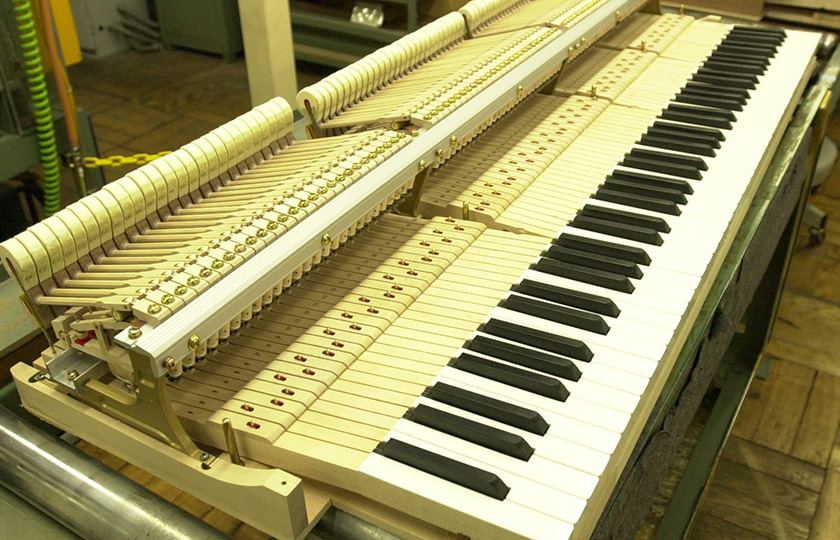 Precision to 5/100 of a Millimetre in the Action

The making of the grand piano action is a separate process, a complex mechanism constructed almost entirely from wood. Additional components are of felt, leather, and metal, all of which must be machined to incredibly precise measurements. 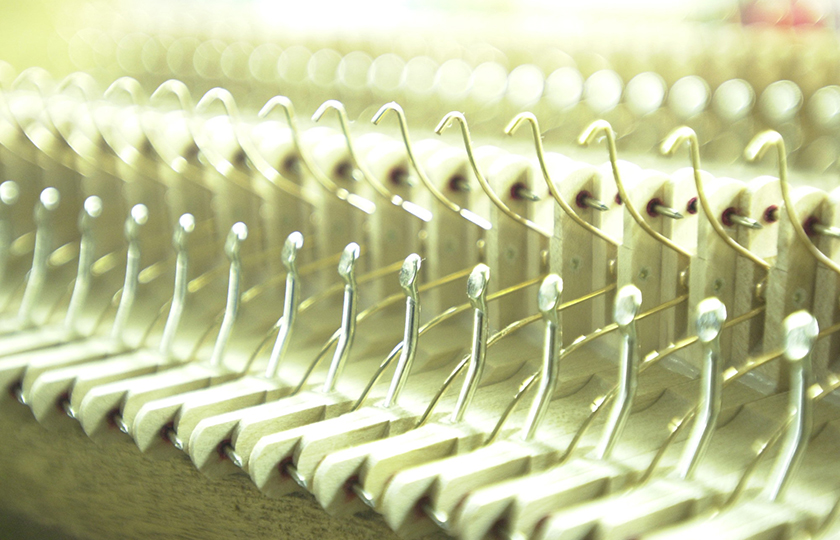 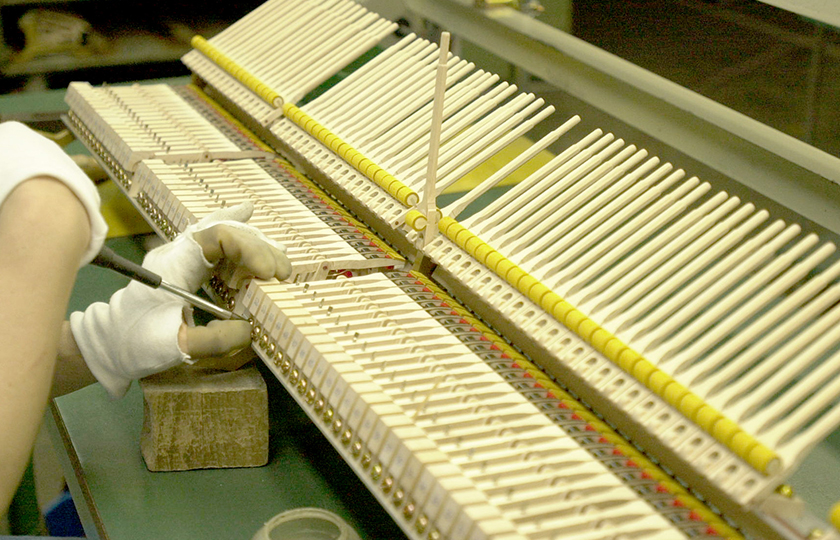 A piano’s hammers are critically important, as they are what strike the strings to produce the sound, and these are manufactured from lamb’s wool, specially selected for its density. This is pressed into felt slabs which are cut into triangular or trapezoidal shapes.

The hammers gradually decrease in size as they move from the bass toward the treble range of the keyboard, and so the cross-sections are not uniform. They are left to rest for a short time in order to relax the fibres, before an adhesive is applied and the felt is wrapped around a wooden core.